“Modern Albania” Burdened by its Past 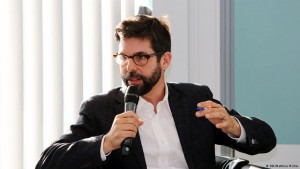 Why did you choose the title “Modern Albania”?

The title is used to mean “contemporary” or “current” history, in contrast to Albania’s history before the war or under the Ottomans. I’m not trying to suggest that Albania is a modern country in the sense of forward-looking or progressive. Quite the contrary, a constant theme in the book is how Albania is burdened by its past.

Did Albania have an anti-Communist revolution?

Albania did not have a revolution. But it has a very strong revolution myth.

After the fall of the Berlin Wall, Ramiz Alia understood that Albania had to change because it couldn’t survive alone. That view was intensified with the death of Ceausescu in Romania. Alia and his inner circle told me in the interviews I did that they wanted Albania to democratize. I don’t think they were democrats, rather they were worried about how to avoid Ceausescu’s fate. In any case, they initiated some reform. The changes were all from above and all within the parameters of the party, like the infamous pluralazmi i mendimit (pluralism of thought). They liberalized the economy and reduced sentences for some political prisoners. They let the media publish some critical views. They slowly loosened their grip but did not let go.

Instead they looked for what Sofokli Lazri called a “transfer of influence.” They wanted power to slide to a trusted group of people who were either in the Communist party or within the party’s warm embrace: trusted intellectuals who would assume control.

That said, there were impulses of genuine revolt from below. The January 1990 protest in Shkoder to topple the Stalin bust, for example, is one such example, or the March 1990 protests in Kavaja. The July 1990 storming of the embassies was a clear moment when Albanians took matters into their own hands, frustrated by the creeping pace of reform. And of course there’s the student movement of December, when young people bravely said “enough!”

But after each of these moments, the party managed to bring the situation under control. So, no, Albania didn’t have a revolution in terms of a radical break from the past. But I also think that was probably a good thing. Given the extent of repression and violence in Albania, the destruction of so many families during the dictatorship, that a real revolution in Albania could have been very bloody.

Why do you say there’s a “revolution myth”?

Although there was no revolution, there’s a common view in Albania and abroad that a democratic movement overthrew that dark regime. I see a few reasons for that.

First, the Democratic Party used that narrative for its political purpose. It was a compelling story to tell, especially to the West: we rose up and slayed the beast. Sali Berisha used the revolution myth in the same way that Enver Hoxha used the myth of liberation and the National Liberation War.

Second, Albanians are predisposed to accept myths. They are accustomed to them, so the dramatic story was easily absorbed. And it was a comforting story to avoid reflection and self-evaluation about how such a brutal dictatorship could last for four decades, and what people did to each other.

The creation of the myth doesn’t come as a surprise, because the new political leaders wanted to promote their power. But I found it interesting how readily the international community accepted the myth and even promoted it. The United States government above all bought into the notion that Albania after the changes had evil former Communists versus open-minded Democrats.

How do you explain that the international community accepted this myth?

I see a few reasons. The first is that the U.S. and other western governments knew very little about Albania at the time. Washington had no diplomatic relations and no sources of intelligence. They really didn’t know the country or its people. One small detail to illustrate this: When diplomatic relations were established in March 1991, the State Department didn’t have an Albanian flag for the ceremony.

The second is that U.S. policymakers got blinded by the powerful drama of Albania’s rebirth. When James Baker visited Tirana in June 1991, people tried to carry his car from the airport. The reception was overwhelming and U.S. diplomats got carried away with this great victory of the Cold War.

They also fell back on a simplistic analysis of good guy versus bad guy, cowboys and indians, when the Albanian reality was far more complex. How to explain that Ilir Meta and Pandeli Majko went with the Socialists while Pashko, Berisha and many other PLA members founded the DP? To divide Albania’s politicians into honorable blue and deceptive red was to create an artificial division from which Albania is still suffering today.

The third reason was more practical, and that was the region. At the time, the overriding concern in Washington was the war in Yugoslavia and, regarding Albanians, to keep the conflict from spreading to Kosovo or Macedonia. As such, the U.S. threw its weight behind Berisha and the DP because they thought that force would have a moderating impact on Albanians abroad.

If you look at the first DP statements, they talk about unification of the territories where Albanians live. But that changed quickly to “respecting the rights of our brothers and sisters.” One sees this clearly in the documents I got from the State Department for this book: Washington was very worried about the inflammatory rhetoric. In the end, they struck a Faustian Deal with Berisha: Do what you want at home but don’t mess around abroad.

What impact do you think this had on Albania?

I understand why Washington and West European governments gave the DP and Berisha their support. That was logical and correct. As a leader, Berisha was the clear choice: determined, articulate, forceful, and with good English. He was by far the most talented politician of that time.

I asked Bill Ryerson and, more importantly, Chris Hill why they didn’t speak out. They said that they expected bumps in the road after Albania’s difficult past. Hill also talked about Albania’s cooperation in the region.

I think their silence was a huge mistake. Of course Berisha was their guy but they should have drawn some lines. They could have still supported him but told him to respect some limits on his personal power. Instead, Berisha interpreted the silence as a green light.

It’s worth noting that Berisha’s break with the U.S. was not over bogus trials, spying on the opposition or arrests of journalists. It came when he started to play outside the borders with the Omonia issue and Greece.

How did this approach impact the region?

That’s the great irony. The U.S. and others put regional stability above democracy. They put individuals above institutions. But the authoritarianism of Berisha led directly to the meltdown of 1997, which was more of a political than economic crisis. And when the arms depots got looted, a Kalashnikov became cheaper than bread. The KLA rightly saw this as their historic opportunity, and they seized the chance. It’s no coincidence that the Kosovo war kicked off in 1998. Maybe war would have come anyway, I don’t know, but the meltdown in Albania was a critical spark. So, the international community’s short-sighted focus on stability failed in the end.

It has changed a lot. At first it swung back too much in the other direction and was uncritical of the Socialist Party, despite massive corruption and foul play. After 1997, the U.S. and Europe were desperate to reestablish order. There was also close CIA-SHIK cooperation on counter-terrorism in 1998 – I write about that in the book.

But today U.S. policy has found its balance. Ambassadors regularly speak publicly about corruption or intrusions on the judiciary. They were critical of Gerdec and other scandals. They defend the judiciary. Today they understand that it’s more about building institutions.

What are your expectations for the book?

I expect a lot of people will not like how they are portrayed. And that is not just Berisha and other DP members but Nano, Meta, Rama and other politicians who often see their posts as opportunities more than responsibilities. The book is a critique of the political elite.

It’s also a critique of Albania’s intellectuals who have, by and large, failed to challenge dogmas and serve as an independent voice. Albania will be “modern” in the other sense of the word, when the word “intellectual” in Albanian means a critical and influential thinker rather than a person who graduated university. 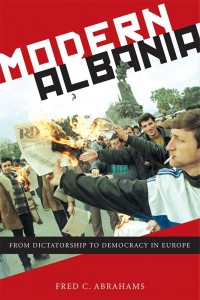